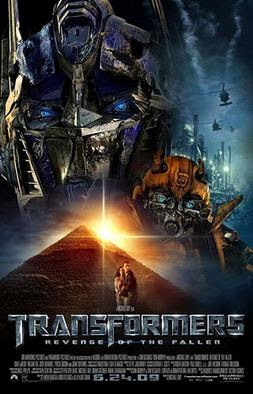 Image via Wikipedia
Transformers 2: Revenge of the Fallen is officially the hottest movie today! Grossing over $200 Million in the US box office on its first five days, it ranked second and very close to the all time highest first five-day earnings, the 2008 block buster Dark Knight which earned 203 Million. Amidst the criticism from movie reviews, the movie still made its way to the top. Indeed, director Michael Bay is the happiest man in the world at this moment.


I personally witnessed the incredible reception to this movie. Last weekend, Saturday (June 29, 2 009), I decided to watch the movie in my hope that the movie goes had slowed down already since it was first shown a few days ago. To my surprise and annoyance, I have to line up to the ticket booth for almost an hour just to secure a lower seat because that’s all that was left. All four theaters are filled with people anticipating the display of advanced special effects and the action packed story that was first manifested in its prequel Transformers way back in 2007. Anyway, it’s worth the effort. Here is my assessment of the movie.

This movie do not thrive in its story, it thrives on special effects. Transformers 2: Revenge of the Fallen has a very plain and simple story: someone failed in the past, then he amassed power through time and come back to claim his revenge. That’s it!

Just like the story the acting was just “OK”. I guess it’s more accurate to say that the acting is just “enough”. Yes, the actors and the actresses did just what is needed. Anyway, movies of this kind do not need to have a display of extreme emotions. But I have to comment the robots for sharing in this aspect. Bumble Bee is quite good in crying! And also Optimus Prime.
The movie is also full of humor. You will laugh a lot of times when you watch this movie. I have to commend Sam’s mother for excellent good comedy acting.

The movie is all about the special effects! I go “wow” when I saw the first display of special effects. This movie is surely of high budget. I really like the way cars and aircraft transforms into robots. The epic battle in Egyptian pyramids was truly awe inspiring. You will find yourself caught in high packed action from the beginning to the end.
As a summary and conclusion, I have to say the movie did great. It fulfills the people’s expectations. I guess that’s the reason why it didn’t scored high on movie reviews but won the favor of numerous movie goers looking for a high quality action packed and advanced movie themes like this.
So if I will grade this movie in a scale of 1 to 10, I will give it a score of 8.