Transformers 2: Revenge of the Fallen 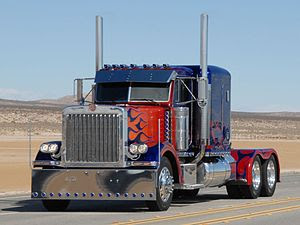 Image via Wikipedia
On June 24, that’s Wednesday next week, will be the premiere of one of my favori
te movies—Transformers. Back on the first movie, Transformers, we see breathtaking and non-stop action that nailed our attention from the beginning to the very end.Yes, that’s the mark of the movie by Michael Bay. Now on its sequel, I’m one of the millions of people around the globe with great expectations on how the movie will compare with the first. Will it take us to another level of awe? Or we’ll just leave the movie theaters regretting about the money we’ve spent? On Wednesday nextweek, all questions and doubts will finally be answered.

Glimpse on the Story
Sam Witwicky is back and he will discover something about the origin of the Transformers. He will be the target of the remaining Decepticons because of that information. Remember the raptor that escapes after the Decepticons were defeated on the first movie? Yes, he’ll be back and again playing the role of the bad guy. The epic battle will occur in Pyramids of Egypt. Furthermore, they will discover that the hieroglyphic symbols carved on the walls of ancient Egypt depicting helicopters and other present day vehicles were actually images of the Cybertonians who visited the earth. Watch out if the hearsay that Megatron will be back. We can remember how Megatron was destroyed together with the Allspark, but there are information that say, he’ll be repaired and be brought back to life. Watch the trailer below.


It’s quite obvious that I’m really excited! Watch out for my asses
sment and review of the movie next week after I've watched it!