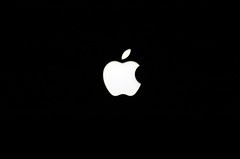 Image by Farid Iqbal via Flickr
iPhone 4
Apple Inc. announced early this week the latest version of their industry leading mobile phone, the iPhone. Commonly referred to as iPhone 4, the latest model boasts the following features:
- More scratch free and tougher glossy panels at the front and at the back.
-“Retina Display” capable of high resolution displays even exceeding the capability of the Human Retina
-New integrated antenna wrapped around the sides.
- A4 chip which is more powerful and more energy efficient compared to its predecessor.
-Built-in three-axis gyroscope capable of advanced motion sensing with greater precision for an even better gaming experience.
- Front facing 5MP Camera capable of capturing stunning photos, HD videos, and video chats.
- 2 microphones for better phone calls and audio-video recording
http://www.apple.com/iphone/design/#design-video

Google has just announced the release of its new search engine codenamed Caffeine. Google explained on its official blog that this new index will be capable of giving 50% more fresher result including social posts, newest photo and video uploads.
http://googleblog.blogspot.com/2010/06/our-new-search-index-caffeine.html