I just bought an iPad just a couple of weeks ago. One of the key reasons why I bought this device is for me to be able to post on my blogs anywhere I am as long as there's WiFi connection (i just bought a WiFi model due to cost). So, when I tried to use it to post an article, I was extremely disppointed to find out that Blogger's "Compose Mode" is not working on an iPad. I later found out that the reason was that iOS, the system that runs Apple touchscreen mobile devices (iPhones, iPod Touches, and iPads) is not supporting Adobe Flash and Blogger's "Compose Mode" require's Flash to run.

Since I already bought the device and I began to love its other functions, I have no choice but to use it. So, I searched diferent forums and blogs to find the workaround to this issue. There seems to be few suggested solutions. One was 'just use the "HTML" mode' which I don't like. The other one, which is almost unanimously suggested is to use BlogPress.

So after two weeks, I decided to give up $2.99 to purchase this App. Now, I'm testing whether that purchase is really worth it.

Below is a sample picture I embedded using BlogPress. I set all pictures to be medium sized when they are inserted to the article post. 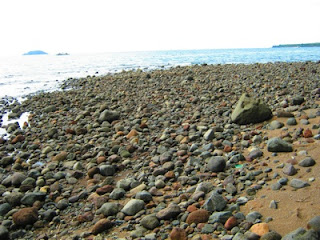