By Admin January 02, 2012
There's so much talk today about the January 2012 cover photo of MEGA Magazine. The cover girl is none other than Jinkee Pacquiao, the wife of renowned world boxing champion Manny Pacquiao. The buzz about her cover shot was trending on Twitter Philippines. Twitter citizens were apparently arguing about the allegation that the photo was "photoshopped" to make her really sexy and beautiful. Some say that it was indeed edited while others disagree. Anyway, judge by yourself. 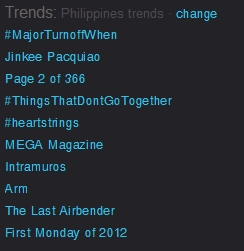 Here's the link to the cover photo:
http://yfrog.com/z/esa9lmj