By Admin January 17, 2013
Almost one year since Cebu Pacific made public their plan to serve long haul flights, the low-cost airline announced today their first. Their destination? The OFW-rich middle east city of Dubai! Yes, Cebu Pacific will now fly directly from Manila to Dubai.

The biggest airline in the country will start flying to Dubai on October 7, 2013 and will operate daily, making them the only Filipino carrier to operate in that destination. In a press release, Cebu Pacific mentioned that they are proud to serve the over 700, 000 Global Filipinos in UAE giving them up to 40% lower fares compared to other airlines. 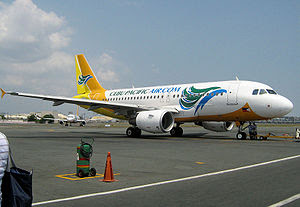 Data also shows that Filipinos in the middle east takes multiple stops and connecting flights between Manila and Dubai. The direct flight offered by Cebu Pacific is expected to dramatically increase the convenience of flying to the region. Dubai is also second to Saudi in terms of the number of land-based new hires and rehires.

The Manila-Dubai flight will be served using the Airbus 300-330 aircraft with a configuration of 400 all-economy seats.

Dubai is just the first because Cebu Pacific also announced interest in serving other long-haul destinations such as Australia, Europe and United States. Cebu Pacific is reportedly working with US and European authorities to secure their permit to operate in those regions.

To celebrate the milestone in Cebu Pacific capabilities  the budget carrier also announced a seat sale promo offering as low as 888 Pesos base fare* to Dubai from October 7, 2013 until January 15, 2014 travel period. The seat sale is open for booking until January 20, 2013.

Cebu Pacific is the largest national flag carrier in the country operating in 32 domestic and 20 international destinations. They have one of the youngest and most modern aircraft fleet in the world. Cebu Pacific stocks are publicly traded in the Philippine Stock Exchange (PSE) under the ticker symbol CEB.

*Base fare does not include taxes, admin fee, fuel surcharge and other miscellaneous fees.

By Admin January 11, 2018
It's a brand new year for everyone, including local scammers. And despite all the efforts by PLDT and Globe Telecom to curb text message scammers, from time to time, they still creep out and show up in our inboxes. And as hard to believe as the messages of winning some great amounts of money is the fact that there are still people who believe them. I personally know someone and that scam text message triggered events that turn her life upside down. So my point is, we still need to be careful regarding these scam messages. The danger is real! So without further ado, here's the scam message I received a few days ago. On Sunday, January 7, 2018 at exactly 3:33PM (PH time), I received this message from a certain Atty. Jhon Acosta with phone number 09552962911 Congratulations! Ursim# Hadwon PHP850,000 From(GMA KAPUSO FOUNDATION) To Claim Send Ur (NAME/ADD/AGE) &Call Me Now Im Atty;JHON ACOSTA DTI#0391s2018 Thankyou,  Do Not Ever Reply Obviously, this is a
141 comments
Read more