List of Recalled Honda Vehicle Models in the Philippines 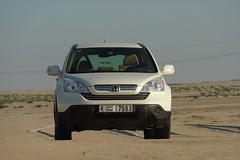 Image by Danny McL via Flickr
Just recently, Honda Cars Philippines Incorporated (HCPI) announced that they will be recalling several models of their popular car products including Honda Jazz, Honda City and Honda CR-V due to the issue on their power window master switch which can causes smoke issuing or worst partial burning of the window switch cover. Although no reported accident has been attributed to this, Honda is on its way to voluntary recalling those models affected and replacing it with countermeasure parts.

Honda Philippines said that they already began notifying affected customers via mail. If you didn't receive a mail or unsure whether your unit is included in the recall, Honda had issued the complete list of models affected. Check it out at Honda's press release page.