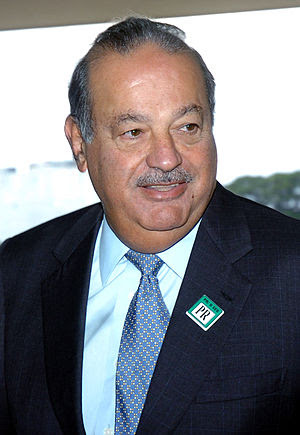 Carlos Slim Helu.Image via Wikipedia
Forbes, the popular business and finance magazine finally released their most awaited list of the richest people of the world for this year 2011. In the second year now, Carlos Slim Helu holds the top spot. The Mexican telecoms mogul now boasts an astounding $74 Billion in his name, a $20.5 Billion increase over last year. In the distant second place is William "Bill" Gates III, founder of Microsoft with a net worth of $56 Billion, up $3 Billion compared last year.