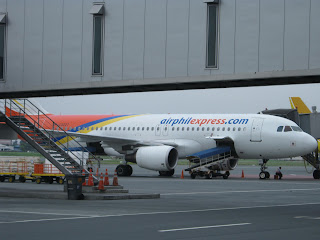 Batanes, considered to be one of the remotest provinces in the Philippines, can now be accessed easier than ever. Before, SEAIR flies from Manila to Basco, the capital of Batanes group of islands. But recently, it wasn't anymore in the list of Manila routes available in their website.The sole airline that flies to Batanes is SkyJet. As of today, they are still serving the Manila - Basco route. But Skyjet won't be alone anymore, because just a few days ago, Airphil Express announces their Manila - Basco route starting May 2013.

Another new route of Airphil Express is Zamboanga - Sandakan. Sandakan is the second largest city in Sabah, Malaysia. Because of its proximity to the the Philippines as well as the historical connection of Sabah to the Sulu Sultanate, there are many locals as well as foreigners going back and forth between it and Mindanao. Airphil's Zamboanga - Sandakan route will start April 22, 2012.

The rising star in low-cost airline business, the tandem of SEAIR and Tiger Airways announces their newest destination, Laoag. Laoag is the capital city of Ilocos Norte and the northernmost city of the Philippines. Old historical buildings and beautiful beaches are just some of the places to visit in Laoag. SEAIR-Tiger operation in this route will begin April 4, 2013.

Tiger Airways is a Singapore-based low-cost airline. It began its operation in the Philippines after it bought huge stake in South East Asian Airlines (SEAIR) in 2010.

By Admin January 11, 2018
It's a brand new year for everyone, including local scammers. And despite all the efforts by PLDT and Globe Telecom to curb text message scammers, from time to time, they still creep out and show up in our inboxes. And as hard to believe as the messages of winning some great amounts of money is the fact that there are still people who believe them. I personally know someone and that scam text message triggered events that turn her life upside down. So my point is, we still need to be careful regarding these scam messages. The danger is real! So without further ado, here's the scam message I received a few days ago. On Sunday, January 7, 2018 at exactly 3:33PM (PH time), I received this message from a certain Atty. Jhon Acosta with phone number 09552962911 Congratulations! Ursim# Hadwon PHP850,000 From(GMA KAPUSO FOUNDATION) To Claim Send Ur (NAME/ADD/AGE) &Call Me Now Im Atty;JHON ACOSTA DTI#0391s2018 Thankyou,  Do Not Ever Reply Obviously, this is a
155 comments
Read more