By Admin February 28, 2013
Globe Telecom blames its rival Philippine Long Distance Telephone Co, (PLDT) for the massive outage of telecom services in several parts of Northern Luzon. This is in contrast with the earlier report wherein PLDT blames Globe for the outage.

Globe claims that the local interconnection with PLDT in Bulacan was monitored to be out-of-service as early as Monday (Feb 25) night. Then, on Tuesday noon (Feb 26), other North Luzon interconnections broke down affecting provinces of La Union, Baguio, Tarlac, Bulacan and Nueva Ecija.

Globe also said that since Monday's outage, they have been communicating with PLDT to resolve the problem. But as of the morning of yesterday (Feb 27), the services have not yet been restored.

On February 25, 2013 at around 8:00PM, the local interconnection with PLDT in Bulacan was monitored to be out-of-service. This was relayed immediately to PLDT as initial investigation showed it was due to unavailability of Signaling Link. PLDT team advised us that they will look into the problem and perform a reset if necessary. Since 2012, the POIs with PLDT always experienced problems on the signaling link at PLDT side which necessitates them to perform a reset of the said signaling links.

By February 26, 2013 at around 12:00PM, other North Luzon local interconnections with PLDT (La Union, Baguio, Tarlac, Bulacan, Nueva Ecija) also went out-of-service, again due to the unavailability of signaling links. This was likewise escalated to PLDT for their investigation and rectification. PLDT informed us that they forwarded the concern to their technical teams and will update Globe accordingly.

On the morning of Feb 27, the local POIs were still out-of-service and PLDT has still not given any reason for it. Given the amount of time and the inconvenience to our own customers, it was necessary for us to issue a public advisory to inform our subscribers.

We urge PLDT to take public interest at heart and to solve the problem expeditiously to prevent further inconvenience to customers. All transmission facilities of Globe are working in peak condition especially in light of our network modernization program. 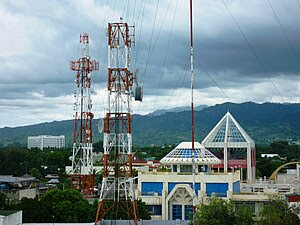 Globe Telecom is the second largest provider of telecommunications services in the country. It is a joint venture of Ayala Corporation and Singapore Telecom (Sing Tel) and is a publicly traded company in the Philippine Stock Exchange (PSE).