By Admin January 26, 2010
As expected, Avatar indeed sunk the once seemingly unsinkable record of the 1997 blockbuster movie Titanic. James Cameron is really “the King of the world” by beating his own record. He has proven himself to be a real genius in Hollywood. Fox estimates the latest earning of Avatar to be $1.844 Billion sinking Titanic’s $1.843 Billion 13 years ago. The gap will further increase considering that Avatar is only on its 7th week of showing while Titanic made the record over 10 months.


This revolutionary sci-fi movie features the story of an initially reluctant ex-marine (Jake Sully played by Sam Worthington) that turns out to be the hero of the blue-skin tribe called Na’vi in the alien world of Pandora. The movie is revolutionary in the sense that it features a new way of combining computer generated environment while capturing the motion and emotion of the real actors. 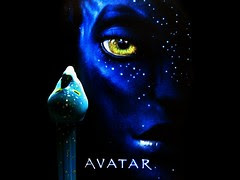 
Not a Big Start

The movie started out with a decent but not groundbreaking $77 Million on its first weekend of release in US and Canada. But after the first showing, the buzz about the movie grew stronger and stronger. Expert points to the strong mouth to mouth recommendation as one big factor that decided the success of the movie. It remained at the top of the box office for the next six weeks (and counting) barely showing sign of decrease. Its fifth and sixth week record was almost unscathed by other big movie openings.

The movie caught the attention of moviegoers because of the great story telling and wonderful 3D effects made possible by James Cameron’s production team. It will really take you out of earth and will be fascinated by the wonderful world of Pandora. Some even felt some sort of “depression” after watching the film because they realized that Pandora is just simply a thing that we don’t have here on earth.

Along with the positive reviews, many groups also ride Avatar’s popularity by criticizing the film for various reasons. A small “anti-smoking” group complained against Avatar for showing Sigourney Weaver smoking in one scene. The Vatican accused the movie to be promoting “neo-paganism”. Others raised issue of plagiarism, racism, pro-lefties, etc.

Avatar could further shatter box office record by reaching the 2 Billion mark which seems like only a few more weeks to go. If it indeed reaches that mark, it will be the first movie to do so in the history of the world.