Google Unveils its "Superphone" Nexus One 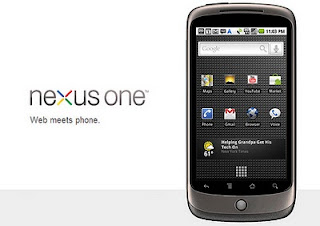 Image by http://www.flickr.com/photos/abulhussain/ / CC BY 2.0
Operating in Google's open source software platform, Android, Nexus One is often tagged as a Droid Plus because of its similarity to the Motorola Droid that was released last year. Unlike Motorola Droid though, Nexus One does not have hard buttons but simply relies on touch screen keyboard like its rival, iPhone.

"Nexus One vs iPhone"

With the release of the Nexus One, the already heated competition between the industry giants, Apple and Google is expected to take another step higher. After its release in 2007, iPhone already sold 30 million units around the world. This gave Apple a solid ground on mobile industry. As more and more people surf the web trough high powered mobile phones, Google had to make a move to maintain its lead in online advertising. This is what most analysts see from Google's move to enter the mobile market. It is also seems consistent with their recent of acquisition of AdMob, a mobile advertising company.

Google's Android OS has been there for quite some time but the full capability of the software has not been harnessed due to hardware limitations of previous mobile devices. Now, with Nexus One operating at 1 GHz of processor, the full power of Android can now be unleashed.

Unlike previous smart phones, Nexus One is not tied to one service provider. It was currently available without service and with T-Mobile contracts. By spring this year, units tied with Verizon and Europe’s Vodaphone will also be available. Nexus One debuted at 529 USD for unlocked units and 180 USD for units with T-mobile contract. For further details about Nexus One, go to www.google.com/phone.